Or at least, the creation of another piece of musical life. An ambient loop, that I find soothing in a disturbing way. Or is it disturbing in a soothing way? Perhaps it's best described as hopefully unsettled.

That's how it is in my brain, of course.

String Things
Posted by metasailor at 10:17 PM No comments:

The condition of being deliberately unknown and covered with mustard due to possibly congenital slowness.
Posted by metasailor at 10:47 AM No comments:

I had a 104 degree fever for a couple of days. This gave me some time to reevaluate the amount of time I have spent playing Warcraft. In short, fuck that. So I'm replacing that time with something a bit more productive. At least, involved with music production. This has involved getting more familiar - that is, at all familiar with - the program Ableton Live.

It's an all-around monster of sorts, with its core focused on live electronic performance via loops, songs, midi, and any physical instrumentation you want to plug into it.

So far engaging this beast has resulted in a couple of fun beats:

This is only a test 5

This is only a test 6

And so I have sat here a couple of hours this morning, after waking up early, installing software and flying around the Internet, getting this tutorial and that preset and the other patch. And for what?

There's so many other projects I either love or hate but want to finish. But this is just pure fun in the moment right now, with the added far-off possibility of performance in the future - which is just completely teh awesome.

Does life get harder or easier as we get older? Both, I'd say. You have more physical energy and an easier recovery time when you're younger, but when you're older you know more both about the world and yourself, that can help you focus and marshal your energy the better.

But within this earned seriousness, sometimes one can forget to cultivate fun in one's life. And then turn around, seemingly suddenly, to find out you're marching forward in a barren field. That's no freaking fun at all.

It seems safe to say that, with my ideADDiction, that at least is an unlikely fate.
Posted by metasailor at 8:34 AM No comments:

Force Walk With Me

Apparently David Lynch had the opportunity to direct Return of the Jedi, and turned it down. http://www.iwatchstuff.com/2009/12/what_if_david_lynch_directed_r.php

All i've got so far is a horrific incest between Darth Vader and Luke. Which is dark enough to be right up Lynch's alley.
Posted by metasailor at 2:50 PM No comments:

So I was flying back from Florida for Thankgsgiving, with a cranky baby on crank crying for almost the whole way. When the baby was catching it's breath between bouts and I started to almost have some rest, the pilot would fire up the PA and tell us about the prefab food available for sale to amateur masochists.

So I pulled out my laptop, put on my headphones and wrote this loop - "Is it wrong to feel this way?"

I don't know if I'll ever do anything with it. But it damn sure felt good to write it - even if only because the headphones drowned out the crying outside. And the crying inside too.
Posted by metasailor at 11:38 AM No comments:

Futuristic Germanic children's-wear which can also be used by their adult parents to fire lasers at Storetroopers from the Fashion Police State who want to force them to wear ordinary shorts instead.

These Lazerhosen were smuggled out of the Death Store by the Rebel Forces of the Old Banana Republic, and could spell the end of the Death Store unless it becomes fully operational in time for a one-day planet-destroying sale. Everything must go!
Posted by metasailor at 4:10 PM No comments:

Bank bailouts for the "too big to fail"; big bonuses to "retain the talent" who led to the failures they were too big for; golden parachutes for those who had to leave, and legacy school admissions for their kids to grow up, get behind the wheel and (hopefully not) repeat the cycle.

Welfare for the wealthy, tough love for the masses.
Posted by metasailor at 10:41 AM No comments:

Does anyone have the time to read this?

And attention.
Posted by metasailor at 2:16 PM No comments:

A funny, too-accurate depiction of at least one style of modern freak appears below. *(1)

What was interesting to me was how all these douchebags were pseudo-hipsters. These actors were all scarily accurate in their portrayals, so much so that I wondered as to their d-bag status in real life. But I'll be generous and credit their non-d-bag abilities to harness their inner douches.

There have been some other takes on douchebags and their plight. The earliest I can recall is the classic SNL sketch referencing "Milord and Lady Douchebag".

And then there was this more recent SNL take as well. This seems to place douchebags within a lower-class income bracket.

The Daily Show, on the other hand, tends to fall a bit closer to my take on the elusive quality of douchebaggery.

I tend to define douchebaggery a different way. For instance, Mitt Romney would not be at home with any of these guys. But to me he was a definite douchebag.

It all comes down to, what is your inner douche? Or, and only slightly more seriously, what is it about a person that makes them a douchebag?

Well first, "douchebag" is one of those interesting epithets, along with with "asshole" and "shithead", that while technically unisex is really only used towards males. So there's a specific sort of male energy referenced here - kind of ironic.

What there also seems to require is a certain sort of petty, self-interested shittiness *and* faux sincerity. And *definitely* a smugness.

It also does seem that douchebaggery is a thoroughly white phenomenon. I can only hope that, within the white population I'm a part of, they are and remain a minority. I guess I'll be a proper liberal and hope that they aren't brutally oppressed and kept from reproducing - but does that put me in the odd position of being a douchebag sympathizer? Perhaps even a douchebag as well?
Posted by metasailor at 12:10 PM 1 comment:

I was just reading about apparently great screenwriter Paul Haggis (who I should have known of previously, because he's won two Oscars, but I didn't, so sue me, if you can get money out of my stone-broke wallet anyway), and his thorough and expectably well-written defection from Scientology.

Discussion was also made of cults in general, and how the current understanding of Cults is a bit different than in previous eras. Before the 1950's, it meant a new small religion; since around that time, it basically means a group of nutty brainwashed sycophants.

Or psychophants, if you will.

That led me somehow to think it would be great to have a group that was some sort of a cult, or a take on cults, that had the name C.U.L.T.

What could that stand for?

And so a couple of quick minutes were enjoyably wasted, just creating crazy groups that never needed to have existed before:

Castigating Ubermensch (who are) Lambasting Thoreau

It's hard being smart or crazy. 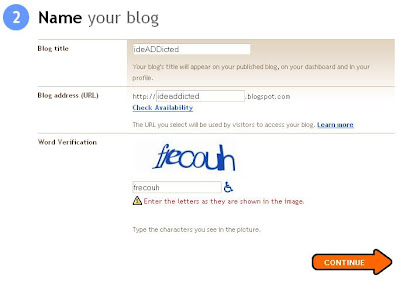 Put me in either category.

But even as I had the idea for this blog this morning, ideas were whirling, still ARE whirling through my head. As I work at my day job right now, taking my short-attention-span break before going back to that.

The frickin' CAPTCHA for creating this blog even had me ideavating. (A new word I just coined in this very sentence.) Just alt-tabbed as a coworker walked behind me, to bring a work-related window to my screen...such is the surreality of the ideADDict.

Here's the CAPTCHA. What's it make you see?

I see "firecough" instantly. Which sounds like an interesting thing for someone else, a bad thing for me. Also what pops up is "freecough" - the "cough of freedom" if you will. Perhaps the cough Glenn Beck would make if one of those Socialist Healthcare workers tried to check him for the heavy hernia he should have, for the tons of crap he's slinging.

And so it goes.
Posted by metasailor at 11:58 AM No comments: